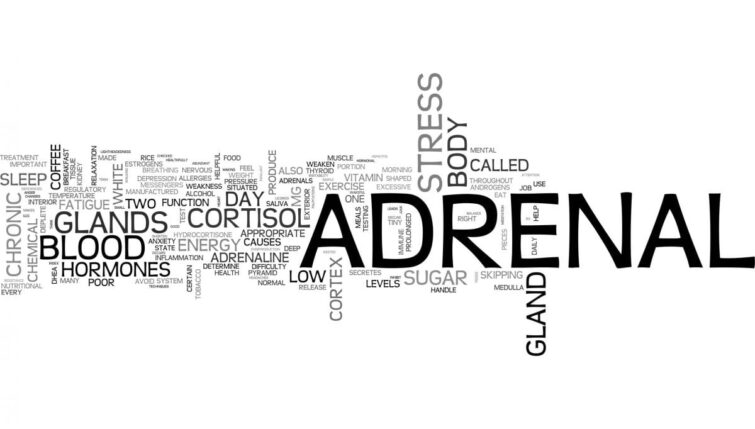 The concept of a adrenal fatigue diagnosis is more of a recent term having been classified by naturopaths and more can be read about this here.

Tiredness is the most key note symptom of adrenal fatigue.

What is important is that the there is general agreeance on the presenting distressing symptoms. Important signs are chronic tiredness in particular waking up tired and a general inability to handle stress. This inability to handle stress is in essence quite a broad and vague symptom and can experienced in many different ways. It might mean for someone, an inability to deal with a number of work demands at once and in someone else just a basic inability to focus and concentrate on even small tasks.

Other practitioners have said adrenal fatigue is exemplified in lack of motivation and that people just don’t have that get up and go anymore.

Another symptom associated with adrenal fatigue is over coffee and tea consumption. Some would argue which came first. Drinking too much coffee caused wthdrawal symptoms causing you to drink more coffee which then just drained the adrenals or the adrenals became weak and led you to drink coffee to keep up.

In classic adrenal fatigue type senarios, they are tired in the day and then get a second burst at night and often then can’t sleep at night and stay up, compounding the problem.

Most practitioners would agree that a craving for salt in combination with these other symptoms is symptomatic of adrenal fatihue but my experience is that it is often combined with a craving for sweet as well.

Many people ask if you can do a blood test for adrenal fatigue and the answer is yes and no.

Cortisol and thyroid levels can be checked but it is not always conclusive if the someone might agree that the patient is indeed suffering from adrenal fatigue. Other tests considered by be TSH, Free T3 and 4 and ACTH.

Acupuncture and moxibustion can be used to address the symptoms of adrenal fatigue and has been discussed here.

Are Chinese herbs used to help symptoms of adrenal fatigue?

The symptoms of adrenal fatigue from a traditional perspective most commonly fall into a category known as ming men deficiency or kidney yang deficiency. This senario of kidney yang defciency/adrenal fatigue often also has cold related symptoms such as cold hands, cold feet or body fails to warm up easily. Hence many of the Chinese herbs used in these cases are of a warming nature. This means that the herbs themselves warm up and tonify the kidney yang. An example might be cinnamon bark rou gui and another dried ginger gan jiang which are then combined with other herbs depending on the patients individuals diagnostic requirements.

The Chinese herbs prescribed for a patient with adrenal fatigue will be different for each patient.

Traditional diagnosis will ascertain that all patients have a multitude of co-existing factors and symptoms and hence will all require different treatment or at best modification of base formulas. For example, one patient may present with adrenal fatigue with the main symptoms of tiredness, cold feet and crave salt. Another patient could come in with tiredness but also suffering from insomnia and depression. The herbal prescription and treatment would be different for each person.

Chinese herbs are in most cases prescribed as a formula and may contain up to 20 different herbs. For example, if a patient has a weak digestive symptom, herbs to improve stomach and spleen function, such as chen pi mandarin peel and  gan cao liquorice may be added to the herb formula combination.

What are the names of some of the herb formula that may be selected by herbal medicine practitioners for adrenal fatigue?

Some examples might be gui zhi tang, ba wei di huang wan, tian wan bu xin wan and liu jun zi wan. Remember these formula are just examples and it is advised that you consult with a qualified and registered Chinese herbal medicine practitioner for diagnosis and have a prescription specific to your requirements.