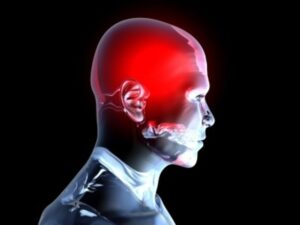 From a traditional Chinese medicine perspective there are a number of causes of migraine but it is the liver that is the most common pattern of disharmony causing headaches and migraines. There are many different Chinese herbs and Chinese herb formulations that can be used and the qualified practitioner of Chinese herbal medicine needs to assess and diagnose the patient to ascertain what the cause of their migraine is. People are unique and often have additional problems.

These extra signs and symptoms complicating their migraine condition  need to be addressed at the same time.

One type of liver imbalance that can contribute to migraine is called Liver Wind with Blood Stasis. In simplified terms this can be explained as follows. When the blood becomes deficient from for example excessive bleeding from menstrual irregularities, the blood that is left over becomes dry and doesn’t flow smoothly. Just as insufficient water in a creek dries up the bank, a similar process occurs in the human body and blockages cause blood to accumulate and get stuck in the head causing a migraine.

Researchers have trialed a Chinese herbal medicine formulation called Chuan Xiong Ding Tong which includes in the formulation the herbs Chrysanthemum flowers, Tribulus and Uncaria gou teng. These Chinese herbs have had a tradition of treating excess liver energy stuck in the head causing headaches and migraines.

The double blind placebo trial involved other contenders taking a placebo consisting of an herbal bitters. The results of the trial demonstrated that those taking the herbal formula after four weeks had fewer migraines and also the intensity of the migraine was less along with reduced need for medication.

It is estimated that migraines affect up to 10 percent of all people at some point in their life and from a western medical perspective the cause is unknown though there are common well established triggers such as lack of sleep and stress.

Modern research has also demonstrated that a history of migraine leads to a higher incidence of stroke and this is why ancient Chinese medical texts emphasized the importance of treating migraine to prevent stroke later in life.