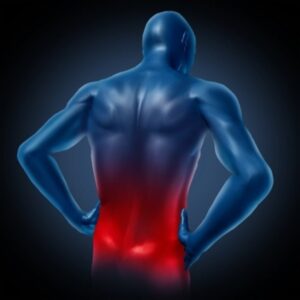 Many patients coming to The Acupuncture Clinic – Hastings inquire as to how does acupuncture for back pain work. They have read that research has confirmed that acupuncture helps back pain but would like to know how it works and if the pain relief is long lasting. People incorrectly think they have to keep having acupuncture to keep the pain at bay just as others keep taking anti-inflammatory medication and pain killers for long periods of time and in some instances even permanently.

The reality is that many types of back pain get better on their own accord without any treatment at all. This is because the body has the ability to heal itself.

Can acupuncture help serious back pain?

Even more serious back pain conditions like prolapsed disk have been scientifically verified that they will correct themselves in time without any treatment. It is the severe pain that has led patients to opt for surgery because they can’t wait for the condition to heal. Many other acute types of back sprain will correct themselves with little more than hot showers and rubbing your back. It is the difficulty of doing daily home and work duties that has led the person to seek some kind of therapy such as massage and acupuncture.

More and more people are opting out of taking pharmaceuticals because of their adverse side effects and instead are having acupuncture. Acupuncture is covered by ACC for back injuries.

Mark Crain who is a registered acupuncturist in Brisbane with over 25 years’ experience says that “In some ways having acupuncture is like taking drugs because acupuncture releases natural endorphins from the brain. Endorphins are like morphine and hence stop pain.”

People who experienced a back sprain will complain of the hot “inflamed” feeling at the area. Western medicine tries to get rid of the hot feeling using anti-inflammatory medication. Chinese medicine has observed that the heat is a natural healing body response and adds even more heat to the area by using moxibustion. Many people report about the soothing and pain relieving effects of moxibustion during the treatment.

Other research has demonstrated that a back pain with inflammation encourages more stem cells to flow to the area in order to try heal it.  When you take pain killers it stops the stem cells going there.

Research has also shown that moxibustion increases stem cell proliferation to the area of injury. This is exactly what the body requires, that is, to stimulate the body’s own healing response. John Kennedy, a member of the New Zealand Register  of Acupuncturists practising in  Masterton, uses acupuncture with moxibustion to treat back sprain. He commented that ‘” From a scientific and research perspective there are many things that go on when acupuncture is performed such as the involvement of stem cells. It is also thought that some herbs, including Chinese herbs such as shou wu influence stem cells. Some nutritional supplements such as StemTech also include shou wu as one of the ingredients“.

Ancient Chinese physicians viewed a back sprain quite simply. The heat of the inflammation from a back sprain is a yang phenomenon. When something becomes very yang, like heat building up in a fire, it eventually burns itself out and then a yin passive state remains. An acute back sprain is excess yang with heat, and then the acupuncturist adds even more heat with moxibustion with the aim to make it become yin. The goal  is to obtain a passive calm muscle with less pain.

Electricity was first used by the Egyptians to treat pain when they placed electric fish in a bathtub to charge the water. After the fish were removed, patients lay in the water to sooth their pains.

Modern science has shown us that the human body does have a slight natural electrical charge which fires in between the nerves. Electro-acupuncture was developed in the 1950’s where a small electric current is passed through the acupuncture needle. This technique  enhances the pain relieving effects of acupuncture.

Acupuncture fundamentally assists in accelerating  the body’s own ability to naturally rejuvenate and heal itself of the imbalance that caused the back pain in the first place.