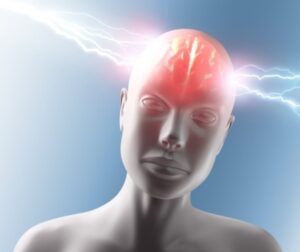 Many people coming to The Acupuncture Clinic ask how acupuncture could help migraine because the needles only stimulate nerves and migraines are not caused by a nerve problem.

When scientific researchers have tried to explain the mechanism of acupuncture in the past, they have mistakenly said that acupuncture works because it stimulates nerves.

This is only partly true.

What do the acupuncture needles actually stimulate?

Acupuncture needling stimulates any  tissue in the body  that may be near the acupuncture point. It not only stimulates the nerves, but also the skin, blood, bone and lymph.

Acupuncture from a traditional point of view stimulates the meridians of the body and in these meridians flows an “energy’” that can’t actually be seen or measured.

This is why the traditional concept of acupuncture and how it works is difficult to explain in scientific terms because modern medicine does not have a concept of “energy” as that observed  in traditional Chinese medicine theory. So you can understand why it is hard to research something that does not exist!

Researchers know it works but they don’t know how.

Research has demonstrated that acupuncture for migraine works but scientists are at a loss as to explain how. In traditional Chinese medicine terms the explanation is straight forward and nothing mysterious at all.

The symptoms of migraine in western medicine are no different to the signs and symptoms that were observed and classified by ancient Chinese physicians many centuries ago. Symptoms such as one sided headache, waking up with a visual aura, nausea and vomiting and dislike for bright lights have been treated by acupuncture and Chinese herbs successfully for generations.

Western medicine has found there are different causative factors that may trigger migraines just as in Chinese medical diagnosis.

Chinese medicine says that the liver and phlegm can cause migraine.

Let’s look at the liver first.  The liver as we know is an organ that stores blood. Many things can affect the liver such as stress like anger and irritability as well excess toxins coming into the liver. Think of someone who gets really angry and we then say they are over heated! And heat rises. This is why many people complain that during their migraine attack they have a hot sensation in the head with a desire to drink lots of water. The acupuncturist in this case uses acupuncture points that have the known function of cooling down an over active liver from excessive angry thoughts. Remember that many people suppress their angry outbursts and let a constant barrage of irritability and impatience brew away and accumulate in their liver. Eventually it could manifest as a migraine.

The second common cause of migraine is due to what ancient physicians called an accumulation of phlegm. Over eating of greasy and sweet foods leads to an improper digestive system that causes a blockage in the abdomen and spleen. This blockage won’t be felt like a muscular knot but it is subtle and stops clear good energy rising up to nourish the head. These people are sensitive to strong perfumes and vapors like petrol which they say trigger a migraine. In these instances, the acupuncturist will use points on the legs to enhance digestion and dissolve phlegm. Often acupuncture points on the stomach are used as well. Patients are often surprised that no acupuncture points were used on the head in the treatment of migraine.

The migraine and stroke connection.

Interestingly, ancient Chinese physicians made the correlation between the history of migraines and the increased disposition towards strokes later in life about two thousand years before western medicine discovered this. Scott Pearson of the Newtown Acupuncture Centre in Wellington commented that “From my experience, acupuncture not only treats migraine pain but also reduces the chance of further migraines, suggesting that it is also addressing the cause of the condition“.