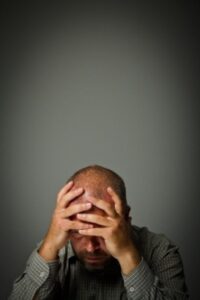 The latest research from the United Kingdom has found that acupuncture can help depression and a three month follow up also confirmed that patients were still reeking the benefits. The study involved over 700 people who received just one acupuncture treatment per week for 12 weeks. The people undergoing the research were classified as having moderately severe depression when starting the research. At the completion of the course of acupuncture the severity of the depression went from a level of 16 to 9.

Professor Hugh MacPherson, a Research Fellow at the University of York led the research and is the author of three books on acupuncture. Acupuncture is only covered by health insurance for chronic pain in the UK and not for depression. Research results like this could possibly change this situation in the future, particularly if the acupuncture can be shown to be cost effective.

Mr Hugh MacPherson has a PhD and has published material in the British medical Journal on low back pain. He has also appeared on various TV and radio programs. In reference to depression he said that

“Clearly acupuncture is a new option. This is the first evidence that acupuncture really helps”

What do other practitioners say about acupuncture and depression?

Mr Alan Jansson who specializes in traditional Japanese acupuncture on Australia’s Gold Coast commented that the research is very promising in helping promote the effectiveness of acupuncture in the treatment of depression and anxiety. He said that “In a real clinical setting though, patients would  likely have more regular acupuncture sessions as that in the study, perhaps twice weekly. It keeps the cost of the research down by having less acupuncture treatments but then unfortunately, it  also does not give as a good result. More severely depressed patients may require a longer course of treatment to really get the maximum result and benefit. The mega rich drug companies when doing drug trials have the luxury of sometimes getting patients to take medicines for a couple of years. Acupuncture research doesn’t have that luxury of pharmaceutical companies pumping in millions of dollars to approve drugs”. Patients seek the help of Mr Jansson and his acupuncture for a host of mental health conditions and many have even been able to come off their medications.

How could acupuncture help with depression?

What about Chinese herbs for depression?