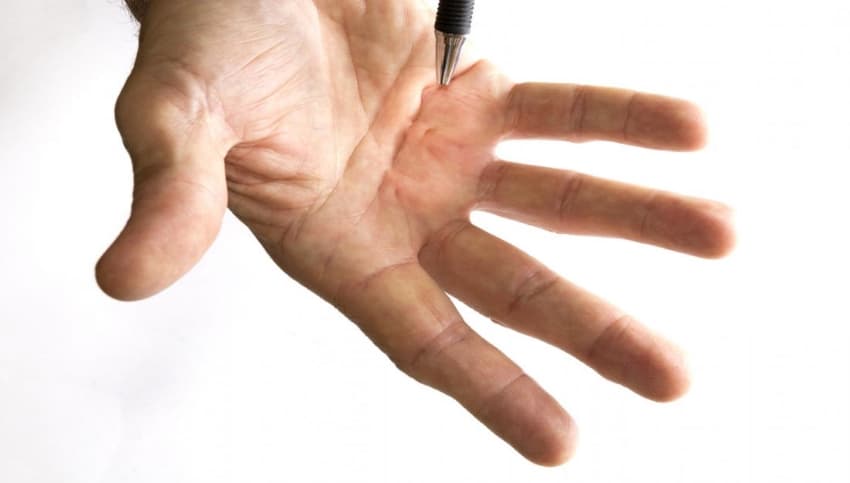 Why is Dupuytren’s contracture sometimes referred to as Viking Disease?

Dupuytren’s contractures  more commonly affects the 3rd and 4th fingers and is  more prevalent in males than females. It is also regarded as having a family history and hence has also been called the “Viking Disease” because men from Scandinavia have a higher incidence.

The liver is also thought to play a role as those with liver cirrhosis are more prone to it. Acupuncture treatment for Dupuytren’s contracture may provide a safe alternative to surgery as it is often not very effective.

What causes Dupuytren’s contracture according to traditional Chinese medicine?

There are a number of factors involved from a Traditional Chinese Medical diagnostic perspective. From an acupuncture treatment point of view, it depends on which meridians are blocked. If the contractures occur at the 4th finger then the heart and small intestine meridians are involved. Chinese medicine says that the liver plays a role in the health of the ligaments and tendons.

Western medicine has also observed a connection between the liver and Dupuytren’s contracture so acupuncturists use liver and sometimes gall bladder points to help moisten and soften tight ligaments and tendons. One acupuncture point yanglingquan, Gall Bladder 34, below the knee may be useful as it has a traditional reputation to benefit ligaments and tendons. In fact many athletes like the regular needling of this point as they feel it makes them more supple and loose and hence prevent injuries.

What are the Sinew meridians?

In Chinese terms, there are meridians that consist of muscles, tendons and ligaments running up and down  the body connecting fascia and all structural aspects of the body.

In particular the heart and san jiao sinew channels could be considered in the treatment of Dupuytren’s contractures as they traverse to the third and fourth fingers. One way these sinew channels are activated is by treating the acupuncture points near the end of the fingernails.

The application of moxibustion produces warmth and this helps increase circulation. Improving circulation can soften the hard, knotty feeling that these contracted tendons produce as well as increase energy (qi) circulation and thus improve the rehabilitation process. Moxibustion may also help to relieve pain. One form of moxibustion, Chinetskyu-heat perception platform moxibustion could be useful here.

Are there any self help moxibustion techniques that could be used in between acupuncture sessions?

Your acupuncturist should be able to provide some moxibustion sticks that you can light and then apply the heat at home and now there are also convenient stick on moxibustion devices that your acupuncturist may stock. In addition, it is also possible to purchase moxa oil that can be applied and self massaged into the tendons. This provides warmth and helps soften the contracted tissue, not only providing relief but promoting rejuvenation.

Are there any classical acupuncture point prescriptions to help Dupuytren’s contractures?

The Great Compendium of Acupuncture, a book  dating back to 1601 recommended  acupuncture point combinations  known as the yuan-luo pairing. In particular, the combination of the acupuncture points  Daling and Waiguan was used to treat “contracture of the palms”.

If you are seeking a treatment provider, there are over 700 members in Acupuncture NZ. Watch Heiko Lade from The Acupuncture Clinic – Hastings being interviewed about Dupuytren’s contracture and the use of acupuncture as a treatment option.