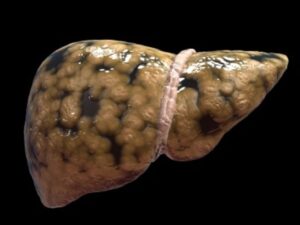 Patients coming to The Acupuncture Clinic often ask if acupuncture can help with other problems apart from pain conditions like back sprain. Acupuncture has in fact been used for centuries to treat all types of internal organ complaints such as liver and heart problems. Each major organ of the body has a meridian that connects with it and the different acupuncture points on the meridian can treat a variety of symptoms associated with that organ.

The symptoms of hepatitis were known to ancient Chinese physicians who called the disease Damp and Heat of the Liver. Many centuries ago, Chinese physicians did autopsies and examined and documented for example patients with cirrhosis of the liver. They also had treatments for the hepatitis and cirrhosis of the liver using acupuncture and Chinese herbs.

Modern day research has confirmed many Chinese herbs as having a benefit for liver function such as wu wei zi commonly known as schizandra. But recently, scientists have been able to confirm specific physiological changes that an acupuncture point actually can do. This type of research is quite novel from an acupuncture research perspective and opens the door for scientists to really understand how acupuncture works.

There is an acupuncture point on the liver meridian known as Liver 3, called tai chong in Chinese, and it is known as the source point of the liver. The source point means that by needling the point, the acupuncturist can actually move energy directly into the liver itself.

The researchers found that acupuncture performed on this point improved the activities of Liver ALT (alanine aminotransferase) and AST (aspartate aminotransferase). These are enzymes and their levels are used as indicators in blood tests to ascertain liver health. From a medical viewpoint, the acupuncture point liver 3 can thus help many liver disorders including damage by alcoholism and hepatitis.

Modern pharmaceuticals including Tylenol, antibiotics, anti-seizure medications and statins all can damage the liver and alter AST and ALT levels.

Many patients seek acupuncture to repair the damage done to their liver by pharmaceutical prescription medications.