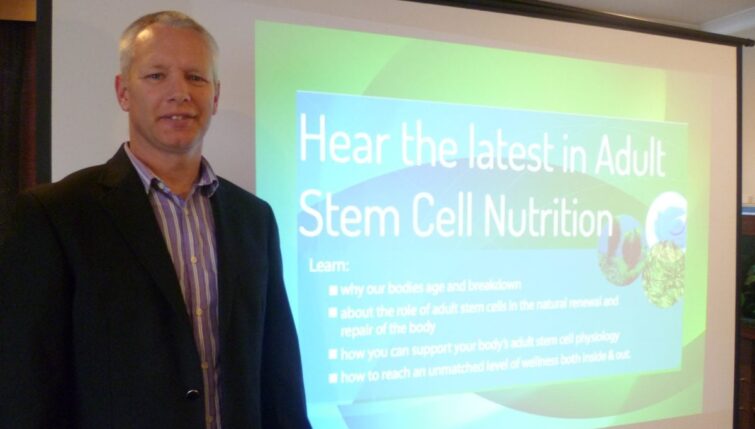 Many patients ask me if acupuncture can help improve he constitution or be used to treat chronic type problems that may have a genetic predisposition.

We ask John Kennedy, a practising acupuncturist and herbalist based in Masterton who has a specialist interest in this topic.

Firstly we need to have a very brief look at what stem cells actually are and what is known about them. If we look at adult stem cells, it is known that they are stored in the bone marrow, fat cells and the blood. There main function is to maintain and repair the tissues where they are found. The fact that stem cells can develop into many different cell types makes them so unique.

It is believed that there are enough stem cells inside us, so that we should be able to live to be 130 years old. Unfortunately however, stems cells decrease in quality and numbers as we age.  If only we had the ability to release and activate them instead of them just sitting dormant.

Research at Illinois has found that exercise makes stem cells in skeletal muscle accumulate as well as release growth factors. Research at Minnesota University has also looked into the effect of meditation and stem cells. Chinese researchers have found that acupuncture can increase the number of free floating stem cells and moxibustion can lead to stem cell proliferation.

Is there a connection Adult Stem Cells and the Chinese medicine concept of Jing?

Jing is one of those Chinese medicine terms that is difficult to translate and is usually called the “essence”. This essence is comes in two forms- one that is acquired at birth and relates to  genetic DNA constitution of the individual and the other jing which is refined out of the food that we consume. Chinese medicine has a condition called Jing-deficiency which has various types of pre-aging symptoms associated with it, such as premature greying of hair, bad memory, bones not developing properly and early onset menopause.

Let’s postulate and look at some correlations between the two

Jing and Adult Stem Cells both decline as we age. Ancient Chinese physicians believed in moderation in life excesses.

The oldest existing textbook on medicine, The Nei Jing dates back over 2000 years. Ironically the first part of the book, known as the Su Wen, outlines the factors that deplete the Jing. This closely resembles the causes in a reduction of the numbers of circulating Adult Stem Cells.

In summary the Jing equates to Adult Stem Cells (ASC’s).

In Chinese medicine it is known that the Eight Extra Ordinary Vessels, as one of its functions, store the Jing. Traditional physicians using the extra ordinary vessels often use these vessels to treat chronic illnesses and those problems associated with a weak constitution. I have often have patients who remark  “I was born with it” and in these cases I often use the eight extra ordinary vessels. One interesting note here, is that the internal pathway of the chong vessel which is usually translated as the penetrating vessel, travels into the spine and hence to the bone marrow.

By activating and using the 8 extra ordinary vessels are we accessing Adult Stem Cells?

Chinese medicine has been evolving and improving for thousands of years. The author has postulated for some years that Jing does not get depleted, it just merely ‘stagnates in the bone marrow’ leading to a condition that I call ‘Jing Stagnation’. By understanding the mechanism behind  Jing and Adult Stem Cell stagnation, treatments become available for us that may be able to  optimize people’s health. This may be why exercises like qi gong, yoga and meditation demonstrate longevity effects because they may be stimulating stem cells.

Part of any acupuncture treatment is encouraged to involve mobilization of the Jing and Adult Stem Cells as they need to regenerate the organs on a daily basis.  Organs and tissues degenerate (due to lack of repair) and organs and tissues don’t function to full capacity leading to illness and disease.

Historically Chinese herbs such as he shou wu have had the reputation to reverse aging and reverse grey hair due to its essence benefiting properties. Now on a modern scientific perspective, he shou wu  has been shown to increase the number of stem cells.

What can we do to maximise this mobilization of Jing and Adult Stem Cells?

If we mobilize Jing and the Adult Stem Cells on a daily basis we can support the day to day cellular repair of the body and may be able to help protect the body against the onset of illness in the first instance.  If people are already unwell, the mobilization of Jing and Adult Stem Cells may be able to  work to aid in the regeneration of the body’s organs and tissues and then support the body in an ongoing fight against degeneration.

How can I contact John Kennedy to get more information?

You can watch this video for more information.