The Beijing People’s Association for Friendship with Foreign Countries recently invited people from around the world to partake in the “Taiji Beijing International Health-Building Exchange”. There were over 100 delegates from 13 countries.

Eight members of the New Zealand China Friendship Society attended, some for whom it was the first ever time to visit China. This was a unique delegation from New Zealand as seven of the attendees were members of Acupuncture New Zealand including the current President Angie Harding who led the delegation.

The Beijing People’s Association for Friendship with Foreign Countries otherwise known as Beijing You Xie hosts a number of delegations each year in Beijing for members of the various China Friendship Societies from around the world.

Accommodation was arranged for us all at the Grand Mercure Beijing Central and we were all wined and dined in a variety of restaurants around Beijing to experience the diverse cuisine of Beijing.  Our little group from New Zealand was allocated a personal guide and assistant Stella Zhang Fan from the Commission of Supervision of Xicheng District. We were so grateful for all her help she offered to make our visit such an enjoyable one.

The first day we visited the Yuetan Gymnasium and observed grand masters of tai ji doing their form as well as joining in on a combined group performance. 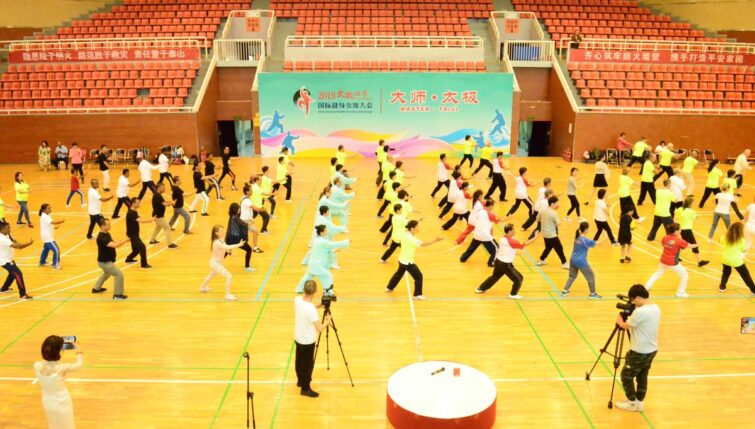 Tai Chi at the Yuetan Gymnasium

The first day finished with us watching an amazing Martial Arts performance at the Tianqiao Theatre of the Intangible Cultural Heritage Show.  Some of the performing stars were only 4 years old. 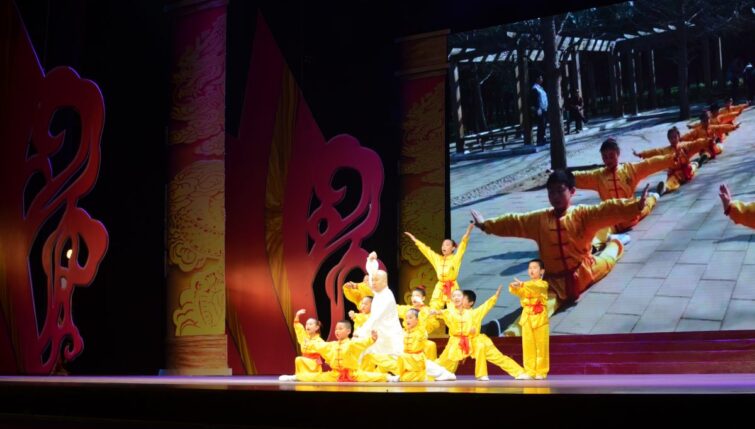 The timing of our visit was fortuitous as the Expo 2019 Beijing China was in place, so our visit included being taken to the International Horticultural Exhibition. There we saw acres of buildings and gardens specially built for the exhibition culminating in a walk to a mountain top temple with magnificent views of the surrounds and the Guishui river district. 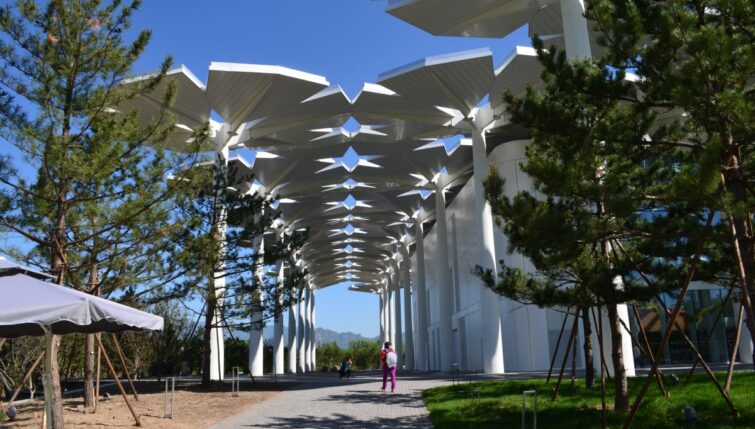 What trip to Beijing would be complete without a trip to the Great Wall? This culminated with a hundred plus people doing Tai Ji at the footsteps of the Great Wall.

Tai Chi at the Great Wall

Tai Ji is being actively promoted and encouraged in China for promoting health and disease prevention and this is evident in the parks in Beijing where masses of people gather to practice the form with each other. It was great meeting people from all walks of life just getting together with the commonality of Tai Ji. 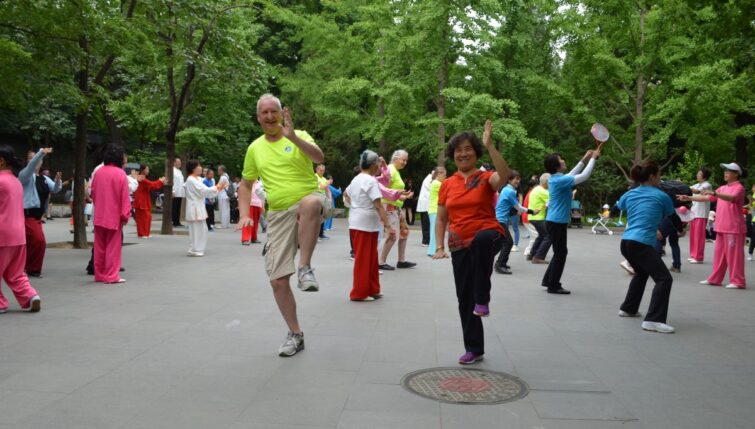 It wasn’t all Tai Ji on the trip as we had an afternoon strolling down a famous cultural arcade full of calligraphers, artists and jade carvers. Some of the group took the opportunity to have their name put into characters and had ink block stamps carved to use as their Chinese signature.

On the last day what else would acupuncturists do except go visit a Chinese medicine hospital. Mike Baoyang Yin, and AcNZ member in China at the time recommended that we visit the Dong  Fang Hospital and this organized by Chen Yi of Bejing YouXie. There is always something new to learn when it comes to traditional Chinese medicine and it was an eye opener to some of our delegation who had never been to a Chinese hospital before.

And a very big special thanks to Stella Fan Zhang for being there for us every step of the way.

Stella Fan Zhang on the right