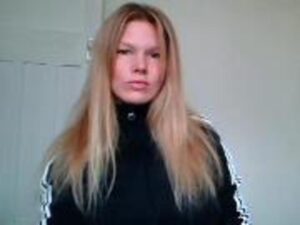 Tonia Tikkun is currently completing a degree in Sports and Recreation at the Eastern Institute of Tecnology, EIT, in Napier, New Zealand. She has an interest in yoga, Ayurvedic medicine, Chinese medicine, acupuncture and the science of exercise to improve health and fitness.

The prevalence of lower back pain in the United States of America “is a significant public health problem” (Williams et al., 2005, p. 107). The purpose of this review is to ascertain if Yoga is an effective form of therapy for lower back pain. While the practise of Yoga is broad and reaches into many areas including those of a spiritual and psycho-social nature, (Saper et al., 2009) this review is only concerned with the physical practise of asanas or postures. Lower back pain is also very complex and can take many forms and diagnosis. For the purpose of this review only unspecified lower back pain has been considered. This means in the articles reviewed, many candidates were excluded from participation for reasons such as “nerve root compression, disc prolapse, spinal stenosis, tumor, spinal infection, alkylosing spondylosis, spondy-lolisthesis and kyphosis”. (Williams, et al., 2005, p. 108).

After conducting database and internet searches for peer reviewed journal articles on Yoga and lower back pain, three randomised controlled studies were found. The age of participants in each of these studies were similar with levels of participation varying between 96, (Sherman, Cherkin, Erro, Miglioretti, & Deyo, 2005), 44 (Williams, et al., 2005) and 80 (Tekur, Singphow, Nagendra, & Raghuram, 2008). Respectively to these numbers, the duration of each study was 12 weeks, 16 weeks and 1 week.

Each of the three randomised controlled studies shared a measurement for function or disability. In “Comparing Yoga, Exercise and a Self-Care Book for Chronic Low Back Pain”, the Yoga group “showed greater improvement in functional status, decreased activity restriction, and increased general health compared to the conventional exercise group or the self-help book group at 12 weeks.” (Williams, et al., 2005, p. 35). In “Effect of Iyengar Yoga Therapy for Chronic Low Back Pain”, less functional disability was measured in the yoga intervention group post-treatment. The Yoga group dropped 76.9% and control group dropped 39.6% (Williams, et al., 2005). In “Effect of Short-Term Intensive Yoga Program on Pain, Functional Disability, and Spinal Flexibility in Chronic Low Back Pain: A Randomized Control Study” the authors stated “A 49% reduction in disability with a significant increase in spinal flexibility after this short-term intensive yoga program is noteworthy.”(Tekur, et al., 2008, p. 641).

The pilot studies findings indicated that Yoga is beneficial for lower back pain (Galantino, Bzdewka, Eissler-Russo & Holbrook, 2004; Saper et al. 2009). One of these trials, “The Impact of Modified Hatha Yoga on Chronic Low Back Pain: A Pilot Study”, confirms that yoga could be a positive treatment of lower back pain however was not “powered to reach clinical significance” (Galantino et al. 2004, p. 56).

It is generally considered that lower back pain can coincide with the incident of being overweight. In “Yoga Practise is Associated with Attenuated Weight Gain in Healthy Middle-Aged Men and Women” it was found that “regular yoga practise can benefit individuals who wish to maintain or lose weight” (Kristal, Littman, Benitez & White, 2005 p. 28). While not a direct indicator of the impact of Yoga on lower back pain, these findings suggest Yoga could be helpful from a broader perspective.

Each of the randomised controlled studies are reasonably short in duration, one taking only a week (Tekur, et al., 2008), another 12 weeks (Sherman, et al., 2005) and the third 16 weeks (Williams, et al., 2005). Studies of a longer duration might demonstrate the effects of yoga on lower back pain more accurately. Of particular interest, bearing this point in mind, the discussion of Williams, et al. (2005), identifies pain resulting from alignment correction in forward bend poses. It is specifically stated that “Although… the standing poses are crucial for recovery from LBP [low back pain], it is challenging to obtain the correct alignment in the posture that is necessary for pain relief in the learning phase.” (Williams, et al., 2005, p. 115). Longer studies that extend past the suggested learning phase might represent the effects of yoga on lower back pain more accurately.

This review has considered three randomised controlled trials on the effect of yoga on lower back pain, two pilot studies, a feasibility trial, three review articles and a research study on yoga and weight loss. The final paper was considered due to the relationship between an individual being overweight and experience of lower back pain.

Of the three randomised controlled trials each found yoga to be an effective form of treatment for lower back pain (Sherman, et al., 2005; Tekur, et all., 2008; Williams, et al., 2005). However, more studies of a longer duration are recommended to investigate these findings further.