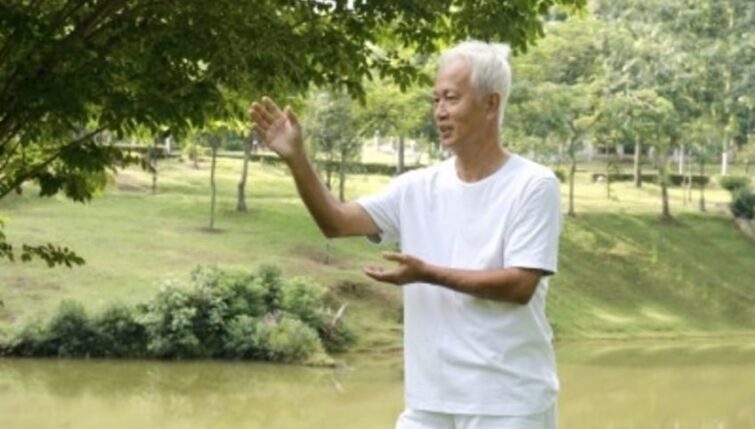 You can start Tai Chi at any age

Tai Chi has been practised for hundreds of years in China and has been steadily growing in popularity in the Western world for the last 30 years. Dr Patrick  Massey reported that Tai Chi can affect the DNA and thus can promote a longer life.  Tai Chi is actually a martial art and the practise of it promotes health as well as self defence skills and can be taken up at any time, young or old. Research has also shown that Tai Chi can help arthritis and chronic pain.

Australian researchers recently released their findings in a medical journal explaining the actual mechanism of how Tai Chi can change the DNA. There is a process in the body called methylation, which is a natural body function process that maintains and looks after the  DNA itself. As we get older, the methylation mechanism gradually weakens and hence the DNA ages. It has been known for some time that certain substances like tobacco and asbestos lead to premature aging because of the changes they create in the methylation process.

Now it’s known that Tai Chi can actually increase the methylation process. The study looked at hundreds of women who had been practising Tai Chi for 3 years or more and they found that people who regularly practised Tai Chi had increased ability to methylate their DNA.

This of course means that there is proof in the ancient saying that practising Tai Chi will give you a long life. In addition to this, if the rejuvenation of DNA is stimulated, then there is increased resistance to cancer, diabetes and auto immune diseases.

Most Tai Chi teachers would advocate practising 1 hour a day but even 20 minutes a day can have much benefit to health including improved fitness, increased muscle strength, greater flexibility and improved co-ordination.

It is unfortunate that in New Zealand, the Accident Compensation Corporation (ACC) cancelled their Tai Chi Preventative Injury Classes for the elderly. ACC in their recent cost cutting measures,  worked out that it was more cost effective for elderly people to fall over and injure themselves and be prescribed pain killers instead of funding Tai Chi classes to prevent injury.

Research has also shown that Tai Chi can benefit people with fibromyalgia, depression and even Parkinson’s disease.

Christchurch: Mana Fleming at The Art of Wellness