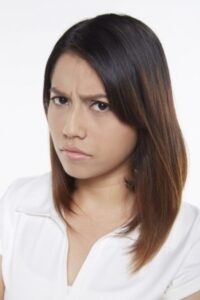 Acupuncture can help with irritability

Acupuncture for depression has been researched in a number of studies in the western world and have demonstrated that acupuncture  may be useful in treating depression. From a statistical analysis perspective, researchers are able to use various parameters and scales to “measure” the change in depression, but this becomes more difficult for irritability, frustration and anger. When does one say that their irritability is normal and when is it a problem. Let’s face it, it’s common to hear of someone going to the doctor because they are suffer depression or anxiety but how often do you hear about people going to the doctor because they are irritable. It’s only when people are severely angry and a danger to themselves or others that medical treatment is called for.

Ancient Chinese physicians worked out that each major organ had an effect on influencing the different emotions.

The liver is the organ that is related to anger, irritability, impatience and frustration.

Why can a bad nights sleep make you irritable?

Chinese medicine also says that a good night’s sleep is necessary to rejuvenate the liver and either a bad night sleep or not enough sleep can lead to people waking up irritable. These are common phenomena observed in the western world as well, and Chinese medicine has a  treatment to help the liver deal with the problem of excessive frustration and irritability.

It is when people have had enough sleep but  still wake up irritable,  that the  acupuncturist then looks to the liver as the source of treatment. Soothing  the irritability is a side effect of treating the liver.

If for some reason, a person becomes over exposed to a certain situation that leads to constant feelings of irritability from for example an over stressed work situation, the long term exposure to irritability and frustration will eventually take its toll on the liver.

What are some of the other signs of liver distress?

Other physical signs of liver distress may develop such as neck and shoulder tension, sighing, sore eyes and headaches. People will have a tendency to seek treatment for these symptoms and not the irritability.

Mark Crain, a well-known acupuncturist practicing in Brisbane says “Patients are often surprised during the first consultation when I ask them if they suffer from irritability. They are even more surprised  some weeks later, when they realize that not only have their headaches improved but they feel happier, less stressed and don’t feel so  irritability” He went onto explain “The acupuncture can improve the function of the liver. Research has shown that acupuncture can influence enzymes, hormones and brain chemicals. It is only a matter of time when someone will discover that acupuncture can influence serotonin and hence anger”

Can people be more irritable at certain times of the year?

Traditional Chinese medicine theory advocates that the liver is vulnerable in the spring time and hence more prone to anger and irritability. Many people also have noticed that their sinus  is worse in the spring time. This may be because of the extra pollen and chemical sprays from orchids putting extra stress on the liver.