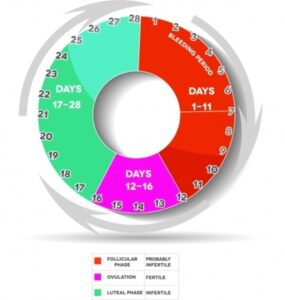 The use of Chinese herbs and acupuncture in the treatment of long periods has been used for centuries. Long bleeding is regarded as that being up to  7 days or more, however the bleeding itself  is in fact not excessive or heavy. Bleeding for too many days can  lead to weakness and tiredness which is often why the women come to seek acupuncture treatment in the first place.

Some women accept extended bleeding as a matter of course and are even told that it is normal. There are a number of causes for long periods according to traditional theories. It may be either from a weak and deficient energy state or from a blockage which causes excessive energy build up.

Can emotional factors and stress cause long periods?

Pent up anger and irritability is the most common emotional factor leading to blockage which then causes long periods.

From a TCM perspective this is commonly due to the liver which is the organ most vulnerable to anger. If you think about the liver being an organ full of blood and therefore playing a role in influencing menstrual blood, you can understand how anger affects the liver and then affects the menstrual cycle. There are a whole host of anger related emotions including irritability, impatience, hatred and resentment that all can block the liver energy.

In many cases, it can take years for this type of imbalance to develop. The liver according to Chinese medical theory is responsible for the free flow of energy and if over a long period of time, it gets stuck it will also cause the blood to get stuck. If the old blood gets stuck, the new blood keeps leaking out and causes long periods.

The kidneys can also cause long periods

Long work hours, and in particular jobs that require excessive standing, lead to a weakness of kidney energy. According to Chinese medical thought, there are two aspects to the kidneys, yin and yang. If the yin aspect becomes overly weak, an internal heat imbalance can arise. This low grade heat can lead to ‘blood heat’ which is associated with excessive bleeding, including long periods.

Laura Callaghan is a well respected Wellington acupuncturist who works from the Newtown Acupuncture Centre, opposite Wellington Hospital. Laura, who sees many women’s related health problems says, “I see lots of women that fall into the Traditional Chinese Medical diagnosis of a combination of deficient kidneys and excess liver energy causing long periods. For example, these women may have a job in retail sales where they are standing for many hours of the day which weakens their kidney energy and at the same time are under constant work pressure from management. The work pressure leads to accumulated irritability which then causes a liver energy blockage”.

Laura goes on to say “The more deficient in energy that the woman is, the more difficult her condition is to treat. Chinese herbs  can be invaluable here to nourish the kidneys but if the patient still needs to keep standing for long hours, the recovery will take longer. If the deficiency state carries on for many years it may lead to other symptoms like headache and backache”.