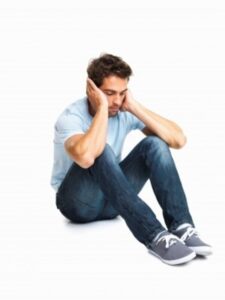 Tinnitus or ringing in the ears affects millions of people and there is little that western medicine can offer to help. The type of ringing can vary between individuals, anything from a faint high pitched sound to a sound described as ocean waves rolling. In other cases it classically sounds like a swarm of cicadas.

The constant barrage of sound can be really emotionally debilitating and draining for the patient.

Acupuncture for tinnitus has been researched throughout the western world and already by 1998 Swedish researchers found that acupuncture was found to yield immediate relief, both in terms of loudness and disturbance of the tinnitus with only 15 treatments.

In 2008 Turkish researchers concluded that electro-acupuncture stimulation was a useful method to improve the quality of life of patients with tinnitus.

More recently Dr Susan E Shore of Michigan University in her research on tinnitus has found that acupuncture when used to treat the nerves in the neck can benefit people suffering from tinnitus.

John Kennedy of The Acupuncture Clinic in Masterton says “The results of this  research from Dr Shore is not surprising. I use acupuncture points to relieve neck tension as well as gua sha on the neck itself often with an immediate improvement in the tinnitus sound intensity. Treatment of the neck with acupuncture to relax the cervical muscles is very important in so many conditions including dizziness and migraines“.

Acupuncture for tinnitus and Chinese herbs for tinnitus has been used for centuries and is a safe and non evasive treatment. Sometimes acupuncture points under the ear lobe are selected in the treatment of tinnitus and other times acupuncture points on the arms and legs are chosen. There are many different Chinese herbs that can be used for tinnitus depending on the cause of tinnitus. In traditional Chinese medicine thought, there is more than one cause of tinnitus. For example, a quiet faint type ringing that is more predominant at night before sleep is usually due to kidney weakness and these people can wake in the middle of the night with insomnia. Another type of tinnitus resembles the sound of  loud cicadas singing and this is caused by the liver.

Patients seeking help in the treatment of tinnitus using acupuncture and Chinese herbs need to be thoroughly diagnosed according to a traditional Chinese medical criterion which includes pulse and tongue diagnosis. Practitioners Heiko Lade  at The Acupuncture Clinic – Hastings and John Kennedy at The Acupuncture Clinic in Masterton have both been assessed by the New Zealand Register of Acupuncturists Inc now known as Acupuncture NZ and are competent in all aspects of traditional Chinese medical diagnosis and treatment.